Updated on April 12, 2013. To show you where I am placing my Traveler universe.

‘the turbulence’ is an area that apparently defies physics as the beings in this galaxy know it.

The paths are known paths to get from one arm of the galaxy to another one.

The unknown area is mapped via telescope, but no ships have been able to travel from one side to the other. 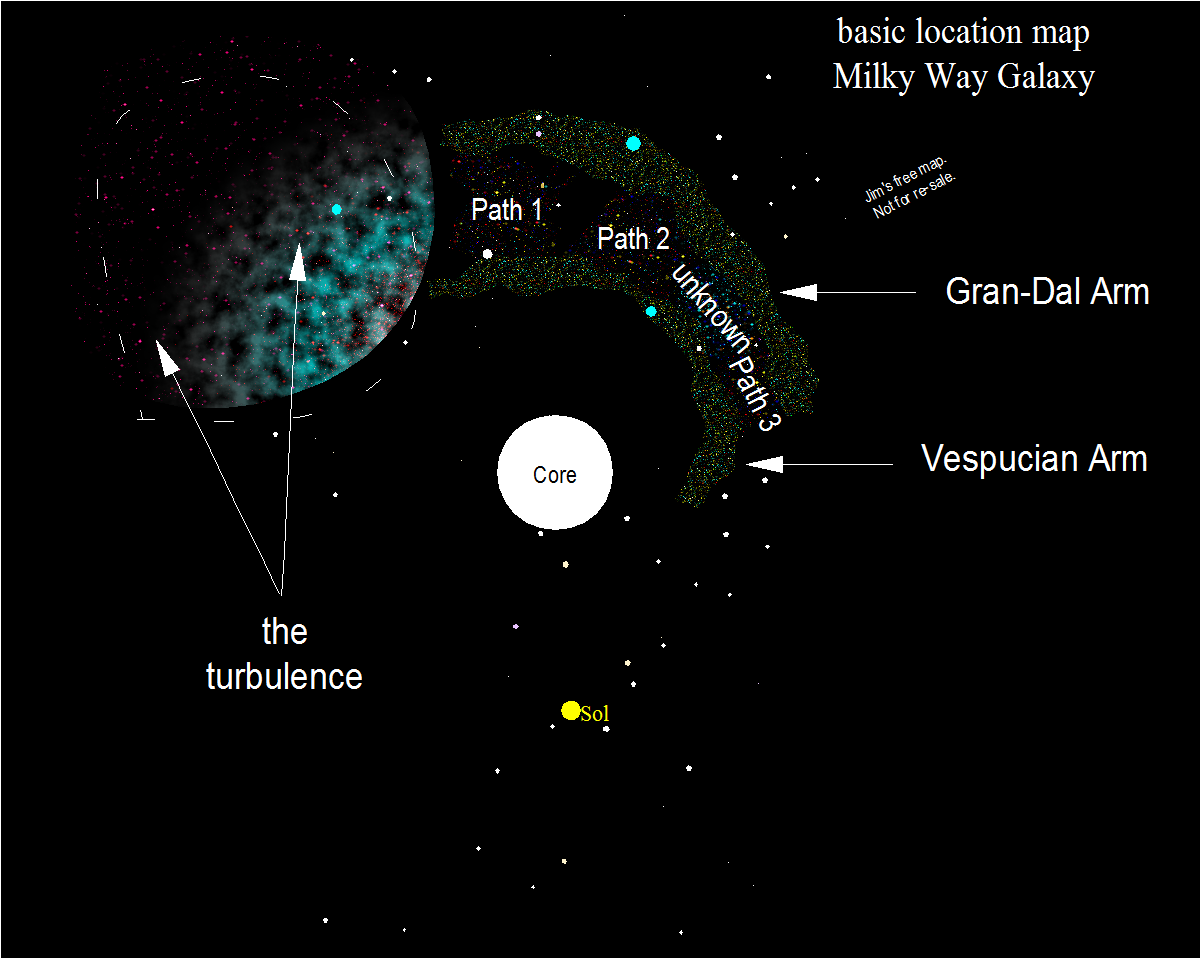